The Smugglers Cove may seem like an enigma, you hear about amazing items being stocked there but you always seem to miss them yourself? No need to fear that there is something wrong and you just can’t see them I will explain how the Smuggler’s Cove works.

Announcement:
TNT will post in the New Features that a new item has been released into the cove.

You may have to do a little searching to find the latest Battledome item. We heard it was available in a secret cave somewhere far away…

This is your cue to go gather up your dubloons and find a good Cove Thread. Since Cove Items are usually Battledome equipment the Battledome threads are where you should lurk. You can normally find out quickly how much a Cove Item costs from the first thread you find. The Frozen Cyrodrake Shield depicted above is a prime example, it cost 300 Dubloon Coins.

Restocking:
You don’t need exact change so you didn’t need to have exactly 300 dubloons to purchase one you just needed to have at least 300 dubloons. The first Frozen Cyrodrake Shield I restocked I had 302 dubloons on hand.

It is VERY easy to get restock banned, these bans typically last 30-60 minutes. You could get restock banned anywhere from 1-12 refreshes (speaking from personal experience), however I usually get banned after 1 or 2 refreshes. I literally had 12 bans in a row where I had only a single refresh. In other words, I clicked on the Smuggler’s Cove at 09:17 and there was nothing there. At 09:18 I click again only to find I have been restock banned.

Strategy When You See an Item:

Be ready to click whenever you refresh, hover your mouse cursor under the boat and press F5, as it is refreshing move your hand into position to quickly press enter. If you see that there is an item there click and then hit enter. I’ve missed items before by mixing up the order of my clicking and enter pushing. You have roughly < 1.6 seconds to click and hit enter so just be ready when you see it. (This is based on the average time reported by users)

How Many and How Often?

The Smuggler’s Cove restocks only a single copy of the item on the random minute. Since there is only one there you want to ensure that you are the one that gets it.

The Smuggler’s Cove generates 100~120 of the item, as soon as it hits its max the item is “semi-retired” which means it is technically retired but TNT has, at their discretion, released an additional 20 into the populace.

Who is This Valuable to?

First and foremost Battledomers, often times these items are extremely powerful, this is after all where the Super Attack Pea came into existence from. The second group is collectors. The final group are investors. I am not counting Avatar Collectors as to date only the Super Attack Pea gives an avatar.

The Avatar for equipping the weapon 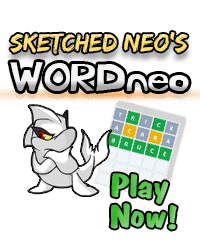 Manage Cookie Consent
We use cookies to optimize our website and provide a better service for your use of SketchedNeo.
To read more please refer to our
Manage options Manage services Manage vendors Read more about these purposes
Preferences
{title} {title} {title}